Insurance stocks are being hammered today due to hurricane Irma. 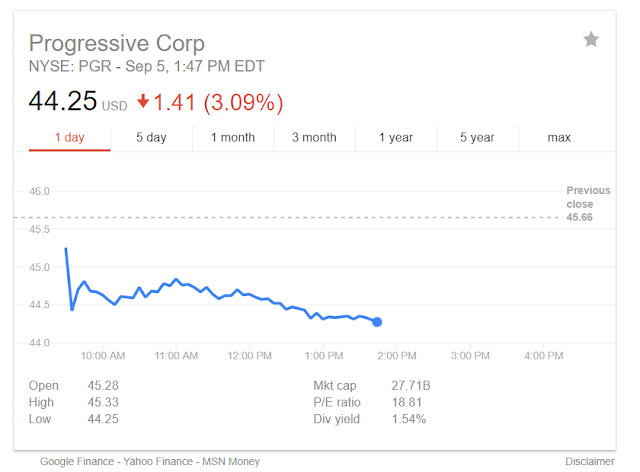 Harvey’s damages are sever.  The exact numbers of the losses and damages caused by Harvey won’t be known until months later.  If Irma were to hit Florida in the next few days, it would definitely hit the insurers’ bottom line.

The losses caused by Harvey were estimated between $100 billion and $200 billion.  The oil production in the gulf is down 21%.  The natural gas production is down by 25%.  We should see the gas prices go up for sure.

Progressive Insurance, for example, is down about 3% today.

Having said that, Progressive Insurance is still up more than 30% year-to-date so far.