United Airlines dropped more than 10 percent on Thursday and the slump continued today. 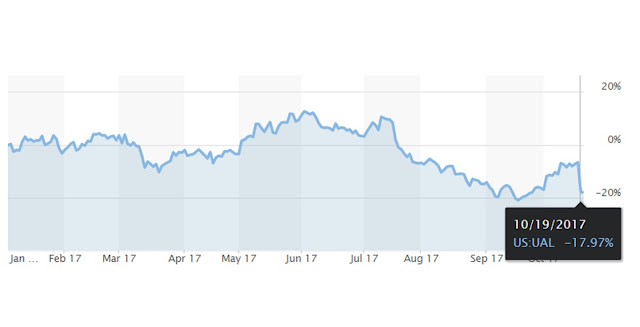 Analysts asked the CEO how United was going to boost the company’s revenue by adding more flights and slashing prices to compete with the budget carriers.  The CEO did not handle it well.  He asked for more patience.  He said United had “dug ourselves in a hole” compared to competitors.

That sent the stock price on a nosedive.

United’s stock is down nearly 18 percent year to date while Delta gained more than 6 percent and American rose more than 10 percent.

Nonetheless, our money can be invested elsewhere other than the airlines industry.