The euro CONTINUED its descent from Friday despite the somewhat disappointing U.S. job data today and fell below the 1.20 level. 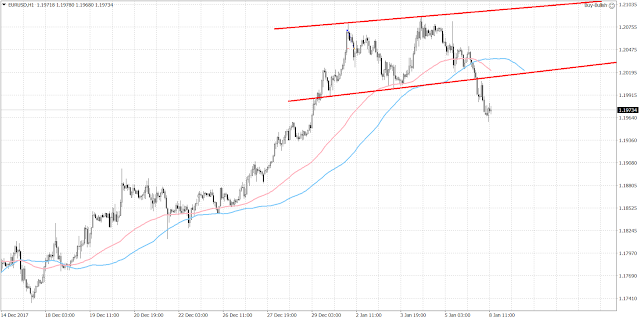 The U.S. dollar persists its recovery against the major counterparts, with the EUR/USD extending its  decline below 1.20 after 3 failed attempt to break above the 2017 high of 1.2092 last week.  The 2017 high was proved to be a strong resistance.

Last Friday’s Non-Farm Payrolls report was slightly disappointing, but not bad.  The U.S. economy is in a healthy condition.  The U.S. stock indices took off though on the job report.  The question now is how much and how long the U.S. dollar can strengthen against its counterparts.