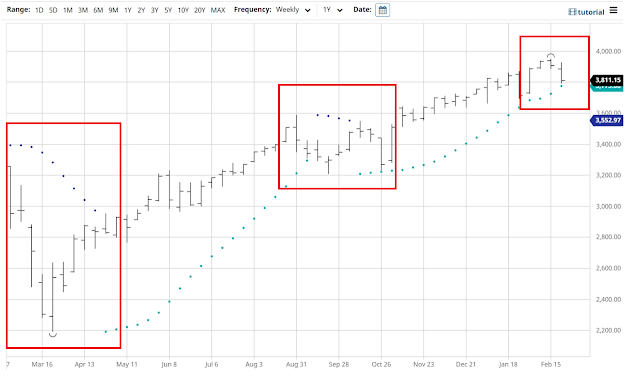 Then, the question becomes when the “buy the dip” entry point will be.  If it is similar to the August – October correction last year, we may look at a 300 to 400-point correction. The buy-the-dip entry point could be at around 3500 to 3600.  I am not quite sure if the correction will be quite drastic as the one last March simply because the economy is not that bad.  The banks and tech companies are making more money.  The travel industry might turn the corner later this year – Maybe more toward the 4th quarter given that the speed of vaccination is very slow around the globe.

One thing jumped out at me was this shortage of chips in cars.  I hope the situation does not exacerbate further because it might spook the markets. 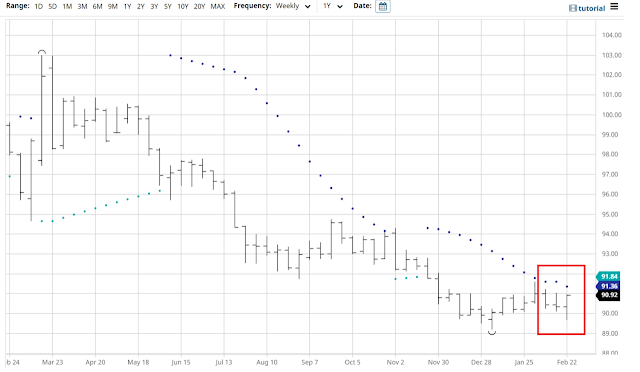 The U.S. Dollar charts might be trying to tell us something.  On the weekly chart above, it closed at 90.92.  The Parabolic SAR indicator stood at 91.36.  Perhaps, Dollar will turn the corner next week as well. 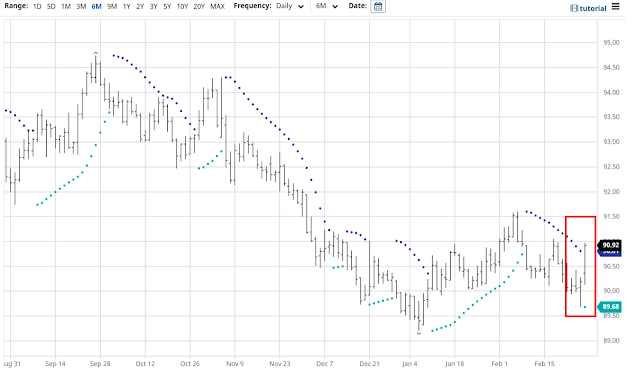 On the daily chart though, the Parabolic SAR indicator has turned green.