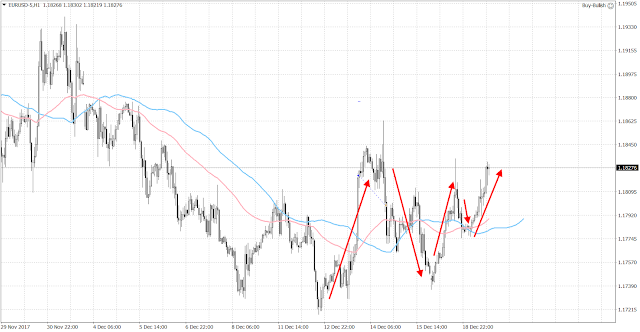 The euro was up 100 pips near 1.1830 before it was pushed back 50 pips or so yesterday.  It found the footing at around 1.1780 and began to rise again.  We are now back to the 1.1830, 1850 area where the euro encountered the selling force as the ECB was not being as hawkish as it needed to be after the rate decision.

Today, we have a fairly light economic calendar; therefore, the U.S. tax reform bill will probably be in the spot light of the prime influence on the U.S. dollar and equities.

The reactions to the tax bill by the U.S. equity markets, Treasuries, and the dollar were mixed.  The equity market soared, the treasuries were unchanged, and the dollar weakened against all the major currencies.  These results seemed to suggest that the markets believed the bill would be good for the corporate earnings in the short-term since the corporations benefited the most tax reductions.   The effects of the tax bill will vary across the asset classes.

There have been no activities from my MT4 EA since the last update.