The euro reversed its course AGAIN despite the somewhat disappointing U.S. job data today and headed lower from the 2017 high of 1.2092. 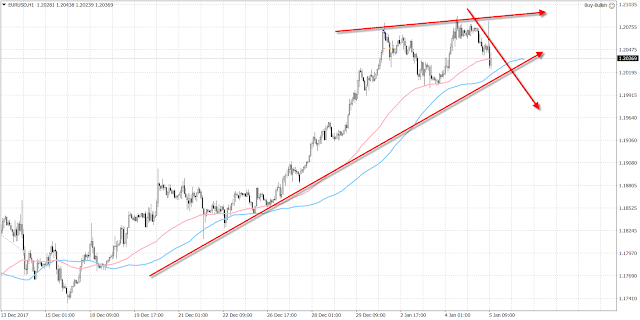 This morning’s Non-Farm Payrolls report was slightly disappointing.  In December, 146,000 new jobs were added, which missed the expectation of 190,000.  However, the unemployment rate at 4.1% and the average hourly earnings up 0.1 percent both came in as expected.  The euro spiked up against the U.S. dollar initially, but soon, reversed its course and traded lower.  Although there were fewer jobs added last month, but overall, the numbers were not that bad.  The U.S. dollar did benefit from this report and found its footing against most of the major counterparts except the Canadian dollar.  The Canadian dollar is up more than 100 pips against the U.S. dollar at the moment amid the positive effects from the strong job report from Canada.