The euro CONTINUED to slide.  It is closing in on the 1.19 level currently. 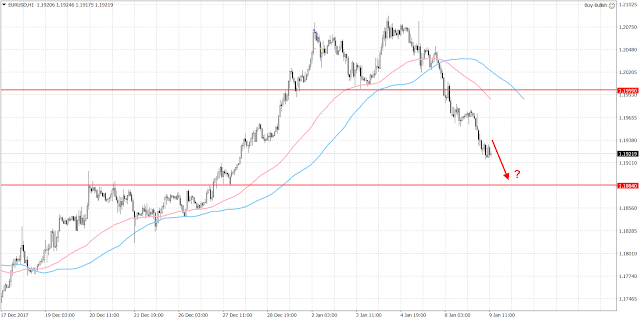 The EUR/USD is pressuring the 1.1920 level despite some encouraging data from Europe. The EU unemployment rate fell to 8.7% as expected.  Germany’s Industrial Production rose 3.4% in November .  Its trade balance surplus reached €22.3 billion, which was better than expected.

The U.S. dollar is still enjoying the momentum from last Friday’s job report.  The U.S. economy is healthy and so far, the earning report season has a good start.  The question now is how much and how long the U.S. dollar can strengthen against its counterparts.